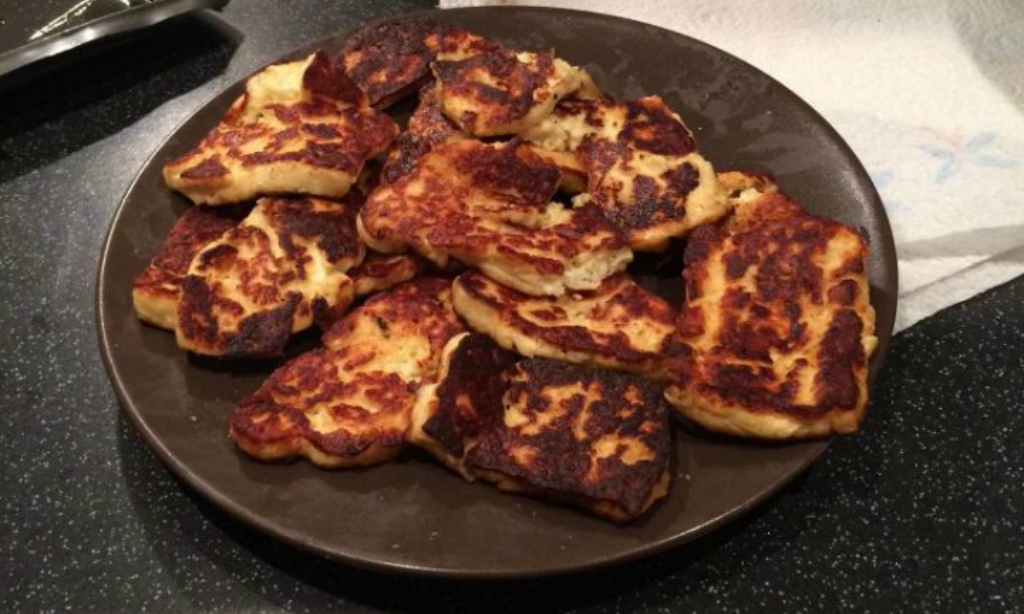 We’ve had some truly fantastic pictures sent in over the past few weeks. It seems like Santa was very generous with his Big Cheese Making Kits this year. We’ve added lots of your photos to our Your Cheesy Snaps. Is yours there?

Just after Christmas, one of our lovely Twitter followers, Amber Smith, sent us a series of tweets and photos of her halloumi making escapades, and I thought I’d share them with you here.

Bought the bf a Halloumi kit for xmas from @bigcheesemaking and we made it today! Tastes amazing so far. 24hrs to wait til a proper taste!

We started to get hungry.

Time to cook Sirloin Steak frites with a peppercorn sauce, served with a side of our home-made @bigcheesemaking halloumi! Pics to follow 😀

Just two of 8 pieces from our first batch of @bigcheesemaking Halloumi! Three more batches to make this size… pic.twitter.com/0FVn8pBB2U

The two blocks sliced up, pre-cooking. Could've cooked and eaten more, it's so good! @bigcheesemaking pic.twitter.com/3sT8n8mMhz

Served with steak and frites.

And then, I assume, eaten! Thanks for including us in dinner Amber!