Skip to content
Home > Blog > Who Let The Goat’s Out?

Who Let The Goat’s Out?

Foodie Quine is a one woman cheese making machine!  This week she tells us how she made yummy goat’s cheese canapes for her 40th Birthday…happy birthday Foodie Quine!  http://foodiequine.blogspot.co.uk/2012/11/who-let-goats-out.html

Who let the Goats out?

I’m continuing my ongoing adventures in cheesemaking with the Goats Cheese Kit from www.bigcheesemakingkit.com. I am a lover of Chevre aka goats cheese so was really looking forward to giving this one a try. Goats milk was easy enough to source in a larger supermarket but came in litre cartons so I needed three to make up the required 4 pints with some left over. None of us had ever tried goats milk so we tested out the extra from St Helens Farm. I’m not a huge drinker of milk at the best of times so it did nothing for me, girl declared it yukky but boy loved it, finished it all off and requested I buy it again. 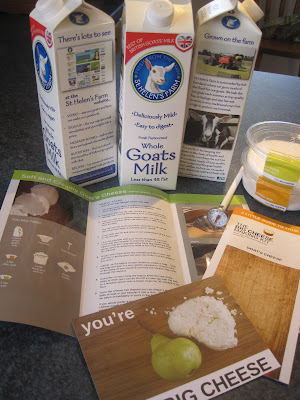 There are two different varieties of cheese that you can make from the kit. Soft and Creamy or Rich and Crumbly. I attempted to make the rich and crumbly but due to turning over the instruction sheet at one point and forgetting to turn it back again I actually made the soft creamy one. Woops. 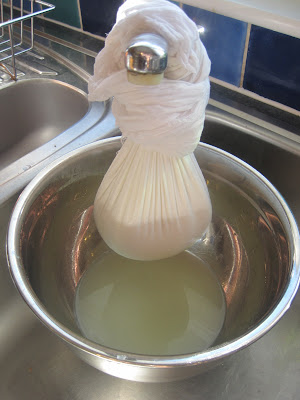 The method was very similar to that for the ricotta but I did panic a bit as there was very little in the way of curds but I proceeded with the instructions and was delighted to find that when drained, by hanging on the mixer tap, there was actually cheese present. 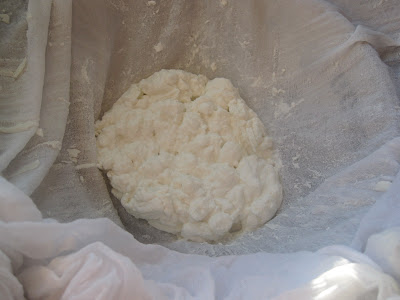 Unlike the ricotta which I used purely for cooking, the goats cheese was fantastic on its own and most got eaten on bread, oatcakes, crackers and in sandwiches. It went fantastically well with the Apple and Juniper Jelly that I bought at Apples and Cornkisters. 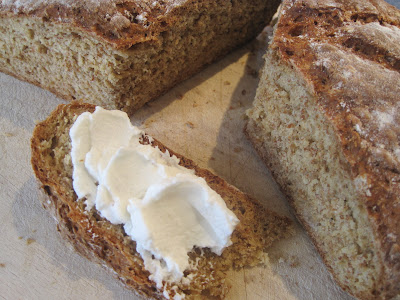 There was enough left for one recipe. Chicken stuffed with goats cheese and thyme wrapped in parma ham. In all honesty it wasn’t much of a recipe as such. Just the goats cheese mixed with plenty of salt and pepper and lots of fresh thyme, stuffed inside a split chicken breast and wrapped in the parma ham. 40 mins at 200 degrees. 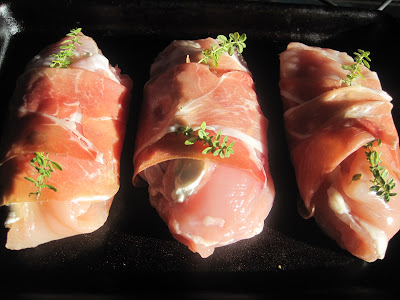 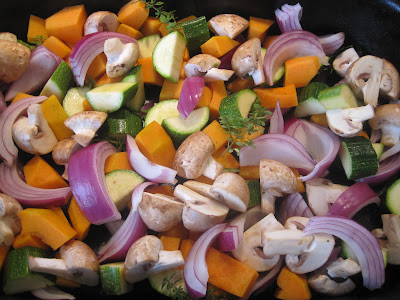 I served it with roasted vegetables (red onion, squash, mushrooms and courgettes) also infused with sprigs of thyme. It was amazingly good and the combination of the cheese and parma ham kept the chicken really moist. 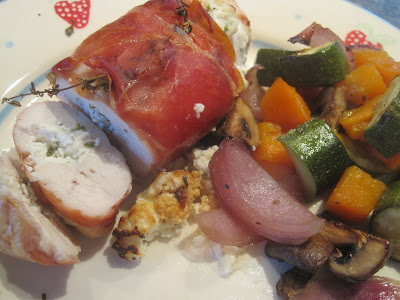 Back to the drawing board a week later to attempt to make the Firm and Crumbly Goats Cheese. This time I went to a different supermarket and my Goats Milk was from Delamere Dairy. The ingreedients were exactly the same as for the soft cheese but the method differs somewhat and requires pressing.  I always knew my vintage weights would come in handy for something. 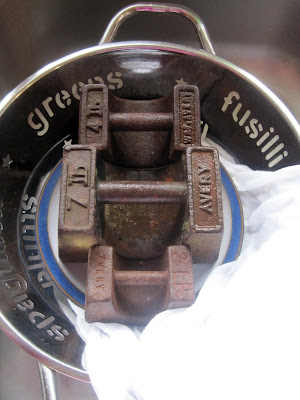 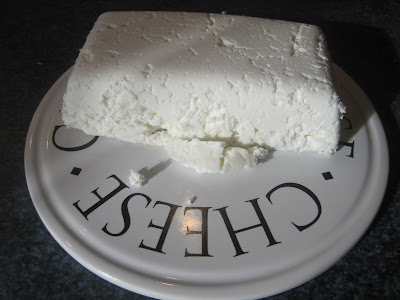 I shaped my resulting cheese in a oblong dish but you could form it into logs or use a commerial soft cheese mould.  It was quickly eaten as is but was really just a tester for my next project as I had spied a recipe in Lorraine Pascale’s Home Cooking Made Easy that looked perfect for my 40th Birthday Cocktail and Canape Party. Goats Cheese Truffles. 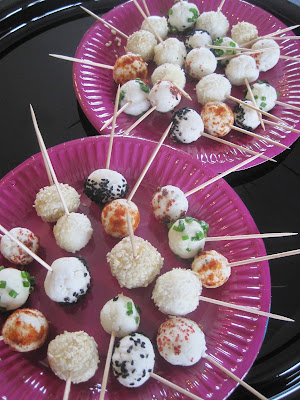 The cheese was shaped into bitesized balls, brushed with a solution of warm water and honey and sprinkled with varous coatings. Chopped chives, paprika, crushed pink peppercorns, black onion seeds and sesame seeds.  They went down a storm with my guests and I took great delight in telling everyone I’d made them from scratch.
So two more cheeses scored off my list and I’ve still got Mozarella and Queso Blanco to try. If I continue at this rate perhaps by my 50th Birthday I’ll be making my own Birthday Cake of Cheese.